Carolina Herrera 212 VIP body lotion for women uses the same fresh scent as the traditional 212 VIP eau de parfum spray, which opens with top notes of bergamot, blending with a heart of floral accords, finally rounded off with a smooth base of vanilla and musk to create a dazzling, floral and oriental scent.Fragrance Direct customers love the Carolina Herrera product collection, and this Carolina Herrera 212 VIP body lotion for women is a firm favourite as it keeps the skin firm, soft and hydrated, whilst lightly scenting with the signature 212 VIP aroma.Venezuelan-born Carolina Herrera was a late starter in the fashion industry, launching her luxury clothing company when she was 40 years old, in 1980. Having moved to New York City as a teenager, she was known as one of the best dressed women in the world during the 1980s, and she famously styled former First Lady, Jackie Kennedy during the later years of her life. The first Carolina Herrera perfume, 212, was launched in 1998. 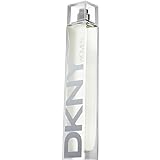 €21.50
Fragrancedirect
view detail
Buy from Fragrancedirect
We use cookies to ensure that we give you the best experience on our website. If you continue to use this site we will assume that you are happy with it.Ok